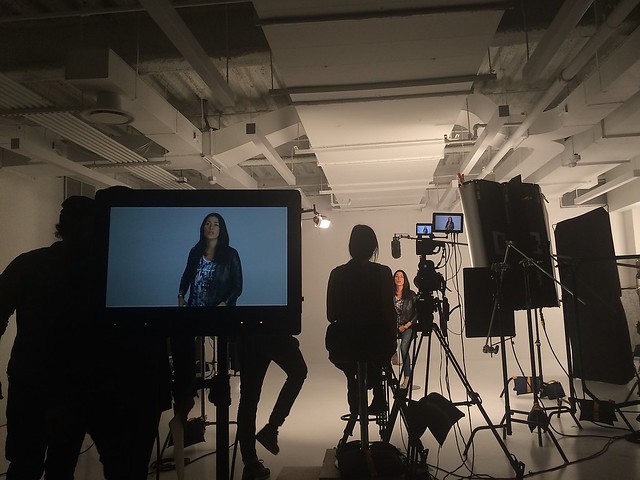 Content, content, content. It’s the buzzword on everyone’s lips right now, and there’s certainly no denying that Content is King, generating more leads than other promotional methods such as paid search and outbound marketing. What we find particularly interesting, however, is that not many businesses can really say with any certainty exactly what content marketing is. It’s proving to be a bit complicated.

As writers, what we’re seeing happening all the time is businesses confusing ‘content’ with ‘articles’ or ‘blogs’ or ‘emails’ or ‘guest posts’; basically, with written content. Sure, written content will often make up the majority of a content marketing campaign, but the term ‘content’ includes pretty much anything that your brand puts out there for audiences to see: images, phone numbers, sound files, video etc.

The Rise in Video Marketing

Video is what we’re going to focus on here, because video marketing is rising at an almost unprecedented rate. Why? Quite simply, it’s what modern audiences are demanding. It’s reported that the average person spends a third of their time online watching videos, and YouTube now has over 2 billion users, streaming to more than 88 different countries around the world for content that truly has a global reach.

However, video isn’t a standalone aspect of content marketing. Behind every great scripted video is – you’ve guessed it – a great script, making sure the message you want to get across is the message that’s received.

Let’s refer back to the infamous speech former President George W. Bush gave in Nashville, Tennessee, in 2002. “Fool me once, shame on… shame on you. Fool me — you can’t get fooled again”. Erm… OK…. It’s things like this that show just how important it is to have a good script, and to know exactly what you’re going to say, and how you’re going to say it, before you end up being pretty much a parody of yourself.

Long pauses, unintentional colloquialisms, incorrect recitals of well known sayings, ums, erms, and ahs… these can all make a video seem a little unprofessional. Even if you’re going for a more informal type of video marketing, it’s still essential to show that you know what you’re on about. It’s about confidence.

Tips for a Killer Video Script

Having a great script or storyboard is key to avoiding your own ‘Bushisms’. Here are 5 tips that our writers usually stick to when asked by our clients to write a script for a video marketing campaign:

1. Draw Upon Popular Marketing Techniques
Marketing is changing. While it was once primarily about facts and figures, today the concept of storytelling is cited as one of the emerging marketing trends of 2018, and this is something that we regularly use when writing video scripts. Telling a story provides the audience with a full start-to-finish experience, helping to guide them right through from the top of the marketing funnel to a stage where they feel they have enough information to take action. It’s important not to think of video as a separate entity, and instead understand how and where video fits in to a comprehensive digital marketing setup.

2. Get to the Point… and Get There Quick
It’s tempting to start your script with a funny anecdote, or a well-thought-through lead in, and it may not be literally true that humans now have shorter attention spans than goldfish. But you do need to get your point across quickly and clearly. Writers will often refer to best practices for writing an elevator pitch when tasked with writing a video script, addressing the needs of the audience, the capabilities of the business, and the question of ‘why?’ within the first 7 seconds, which is the time it takes for an audience to form a first impression. The complexities of the subject at hand can always be discussed later on in the video.

3. Short and Sweet
Perhaps one of the most challenging aspects of writing a video script is including all relevant information within a video that’s snappy enough to keep audiences engaged. We may have 3 minutes of content to work with, for example, but studies have found that the average video loses 33% of viewers at 30 seconds, 45% at 1 minute, and 60% at 2 minutes. We often need to analyse content carefully for value and relevance, as well as highlighting any information that could act as a ‘teaser’, encouraging audiences to take action to find out more. Efficiency is always an important consideration in content marketing.

4. Bring in the ‘Outsiders’
When it comes to writing video scripts, if we’re very close to a particular topic, we’ll sometimes try and re-assign. That’s because video scripts are best being written by someone that understands the topic, but not to an extent that they’ll write industry jargon or insider shorthand. Video scripts should be written so that they can easily be understood by the audience, not just by the business or by those in similar sectors. That’s why we always advise our clients to have their video scripts written by a content agency, rather than creating this sort of content in-house. If it’s too complex, you’ll lose viewers.

5. Keep it Consistent
As well as recommending working with a content agency, we will usually recommend that businesses work with the same writer whenever possible, as this can help to keep all forms of content consistent. Imagine your written content is quite formal, quite scientific, is based in fact, and quotes journal findings. Now imagine your video content is written to be lighthearted and humorous. It doesn’t fit. Audiences are good at picking up on inconsistencies in tone, and it can make it seem like your business doesn’t quite know where it fits into the market. Pick a style, stick to it, and keep it consistent across all channels.

This website uses cookies to improve your experience while you navigate through the website. Out of these cookies, the cookies that are categorized as necessary are stored on your browser as they are essential for the working of basic functionalities of the website. We also use third-party cookies that help us analyze and understand how you use this website. These cookies will be stored in your browser only with your consent. You also have the option to opt-out of these cookies. But opting out of some of these cookies may have an effect on your browsing experience.
Necessary Always Enabled
Necessary cookies are absolutely essential for the website to function properly. This category only includes cookies that ensures basic functionalities and security features of the website. These cookies do not store any personal information.
Non-necessary
Any cookies that may not be particularly necessary for the website to function and is used specifically to collect user personal data via analytics, ads, other embedded contents are termed as non-necessary cookies. It is mandatory to procure user consent prior to running these cookies on your website.
SAVE & ACCEPT
hello@ninja-creative.com